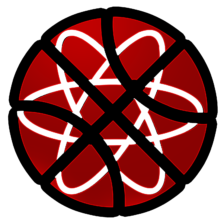 Passing lane steals are at an all time high and we wanted to find out if there was any way to increase the speed at which you throw passes to help guards get less turnovers.

For years people have speculated that dimer increases the speed at which you throw passes. We set up a test where a player at each different level of dimer throws a pass from the left elbow extended to a player in catch and shoot position in the bottom right corner of the court. We recorded video of the test at 60 fps then imported it into Adobe Premiere to analyse. What we found was it took about 55 frames to throw the ball across court at each badge level and did not vary. It would appear that dimer does not increase the speed of your passes and will not save you from throwing Scary’s.

Next we wanted to see if any of the passing attributes affected pass speed to we ran the exact same test with a 99 Passing IQ, Passing Vision, and Passing Accuracy stat compared to a 55 rating on each respectively. Once again the passes came back at the same speed. Unfortunately the results of both tests were that you cannot increase the speed at which you throw passes.

Copyright © 2022 NBA2kLab is not associated with NBA2k, Take 2 Interactive, or the NBA. Powered by MSC Partners LLC. Terms and Conditions